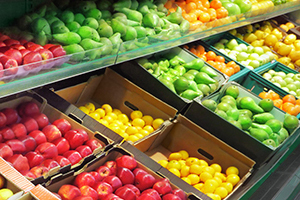 If you trade produce interstate you may have wondered what would happen if live fruit fly larvae were found in one of your consignments at its destination.

Rodney Turner, Chair of the Subcommittee on Domestic Quarantine and Market Access, said there is a nationally agreed process for reporting and investigating incidents like the detection of live fruit fly larvae in produce certified to meet interstate quarantine requirements.

This process is outlined in the Rules for Operation of the Interstate Certification Assurance (ICA) Scheme. The process not only applies to produce certified under the ICA scheme, but also produce which has been either certified by a government inspector or by a business operating a non-ICA accreditation arrangement.

“A certain amount of time is allocated to each step but the process generally happens quicker so that detections or suspect detections are dealt with as soon as possible.”

“If a suspect detection of live fruit fly is made in your consignment in another state or territory with quarantine restrictions in place for the pest, the first step is for them to confirm it is live fruit fly which has been found.”

“Reporting a suspect detection puts the state or territory the produce originated from on notice of a possible critical incident.”

The suspect specimen will be transferred to an accredited laboratory for identification under secure conditions to ensure its integrity.

Step 2: Report a detection to the jurisdiction which the consignment is from (up to 5 days)

“Though they have five days it usually happens within 24 hours.”

“At the same time, the state or territory receiving the produce would take steps to contain and secure the detection such as removing product from shelves and tracing the produce back to its point of origin.”

“Steps may also be taken to contain produce consigned immediately prior to the detection and any consigned after.”

Step 3: Initiate investigation (up to 5 days)

“Once your state or territory receives the Incident Report they must start a formal investigation into the incident within five days.”

“Within 30 days of receiving the Incident Report, your state or territory also has to reply with an Investigation Report.”

“Your state agricultural department will conduct an audit to determine where the breakdown in treatment may have occurred by examining critical control points and assessing treatment, packaging and transport processes.”

“Once your state or territory is notified and the detection of live fruit fly is confirmed, they will contact the business that consigned the produce interstate.”

“If you were not the consignor and your produce was distributed through another business (e.g. a produce market agent), you may be contacted by either the consignor of the produce or your state agriculture department.”

“As the consignor of the produce is responsible for ensuring quarantine requirements are met you will not normally be notified of the incident by your state or territory government.”

“If the investigation finds that the produce failed to conform with the receiving state or territory’s quarantine requirements the consignor may be suspended from sending produce until appropriate action is taken to prevent an incident happening again.”

Mr Turner said that if a business is suspended from sending produce, it may use an alternative quarantine entry requirement to continue trade to fruit fly restricted interstate markets.

Plant Health Committee, which includes each state and territory Chief Plant Health Manager, is working with industry to consider how the efficiency of the process could be improved to ensure growers are notified as soon as practicable.

For more information about the ICA scheme visit interstatequarantine.org.au